NEW!! Visitor registration page for churches and any other organizations during covid to avoid crowding.


You will always have with you all prayer and spiritual lyrics on your mobile device, even if there is no Internet connection. Users can join prayer groups and to pray for one another.

With this app you can set reminders for prayers. Users can join prayer groups to create their own (private or public) prayer group in which any member can send-in prayer, so that other members of the group can pray for one another. Group creator, when sending out an invitation to a group, can determine which users will be administrators and will be able to invite more participants. All administrators can see the private group members list.

Key Features
- Users can edit and add prayer texts, as well as share them with others.
- Users can change default reminder time change to any other time as convenient.
- If the prayer text is highlighted (click on the "lamp" icon), then the App turns on a reminder for this prayer.
- With an asterisk can you mark the default prayer, used to pray for received intercessions (notifications).
- For the texts and intercession you can vote.
- The user, who sent an intercession, can see how many people are already intercessed for he/she (number is at the end of the notification).

You can filter, sort and search all texts, thus a large array of text is made simply manageable and clear. Texts, prayer groups and prayers can be added in any language and dialect.

Prayer reading method is especially suitable for reading prayers such as the Rosary. Meditation text is always in front, but repeatable text changes by pressing the button or swiping your finger across the screen. On-screen progress bar that indicates how many of the prayers has already been counted and how much is still left. You can go from one mystery to another if you use other means for counting, such as prayer beads. The device then serves as a reminder of the meditation text. Prayer text blocks are made so that the user does not have to return home or look elsewhere to find next text fragment, as is often occurs in prayer books, but can simply read gradually forward.

Every texts group is freely expandable, it includes a variety of prayers, including Rosary, litanies, liturgical texts, including the Hour liturgy (Vespers, Laudes), spiritual lyrics and songs, novenas, etc.

You can highlight received notifications about intercession needs from other users, if you want to sacrifice more than one prayer in this intention. When you start the prayer, all notifications that are not highlighted are hidden. They can later be viewed by pressing the button "Show".

Note on ads. For project development, maintenance and development needs there are also included ads. They are tailored for each user's interests because each user can adjust Google ads by excluding specific ads and telling Google their interests, If you use these options, you will see only the ads that you might be interested. Developer hope that these ads will be useful for you. However, users can also make a donation, and when it is registered in the system, the ad will not appear for some time (according to the calculation - € 10 corresponds to one year). 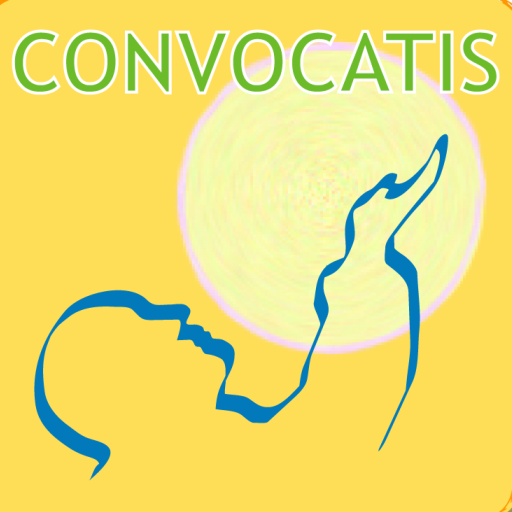